Become the leader that Lithas needs and create your own bloodline 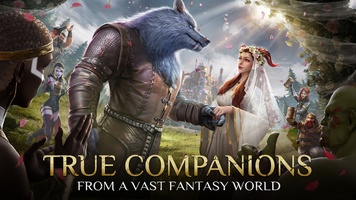 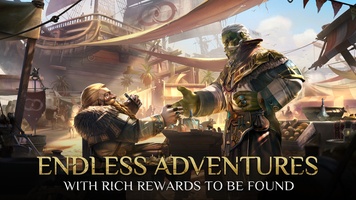 Advertisement
From the creators of King's Throne comes Bloodline: Heroes of Lithas, a gripping card game where your mission is to become the next High Guardian of the City of Light and fight against the darkness.

In Bloodline: Heroes of Lithas, you'll journey through the fantasy world of Lithas, full of diverse races and cultures: elves, orcs, demons, werewolves, and many more. Find allies and gather the best champions among them to be part of your army...or something more.

Because one of the most interesting parts of Bloodline: Heroes of Lithas is that it isn't just a card game; you can also form relationships with your champions and produce heirs. Your heirs will grow up and fight alongside you. For this to happen, you'll have to educate them. Each one will be different, and you'll have to decide between several options so that they grow as you want them to. In fact, you'll even have to choose whether you want to pursue a relationship with a champion, which gives Bloodline: Heroes of Lithas an interesting role-play feel.

Bloodline: Heroes of Lithas will also require you to manage the City of Light. Not only on a commercial level, where you'll have to oversee resource distribution, but also on a political level. Your champions will also help you on that battlefield where weapons aren't always used.

Fight against darkness in Bloodline: Heroes of Lithas. Download the APK now and embark on an epic adventure.
Reviewed by Carmen Hernández
Advertisement

There are opinions about Bloodline: Heroes of Lithas yet. Be the first! Comment

Similar to Bloodline: Heroes of Lithas

Tongits Go
Play fast and fun games of Tongits
Teen Patti - Indian Poker
Face your opponents in this Indian poker game
UNO!™
Classic UNO™ fun for your Android!
Pokemon Trading Card Game Online
Play, exchange and challenge other players from around the world
Yu-Gi-Oh! Master Duel
Intense Yu-Gi-Oh! card duels on your smartphone
Magic: The Gathering Arena
The full 'Magic: The Gathering' experience, now on Android
Tongits ZingPlay
Play a game of Tongits against players from all over the world
Pokémon TCG Live
Collect cards and battle with your Pokémon